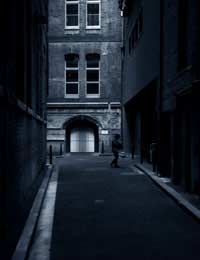 One of the most frightening of urban legends is the one about the organ harvesters. Based very tenuously on real life events the story about the waylaid traveller waking up to find his kidneys gone is one that has grown to mythical proportions.

The stories vary in the details, but the kidney stealing urban legend always follows a similar spine of activity. In it a person is in a place far from home when they lose consciousness and wake up the next morning in distress. The most common- and most recent- version has them waking up in a bathtub filled to the brim with ice and a sharp pain at their side. Taped to their chest- or the mirror- or the door- is a note that says “Call 911”. The paramedics arrive after the call to discover that the victim is missing one or both kidneys, the victim of a well connected, well financed band of skilled organ thieves.

This story has been around for a couple of decades, but the advent of email has caused it to spread like wildfire. What once was a story told in the hushed tones of a storyteller at the local watering hole has become a missive passed along from co-worker to co-worker, somehow gaining credibility along the way.

The Origin of the Kidney Stealing Urban Legend

In 1989 four Turkish men were involved in what was an illegal kidney harvesting operation- but not an unwilling one. These men either answered ads or, in one case, placed an ad regarding the selling of a kidney. The men were taken to the Untied Kingdom, where the operation took place. One man later recounted his experience but cast it in such a light to suggest that he was duped. The British papers picked up this story and ran with it, causing quite a stir world wide. Both the seller and the buyers in this case were prosecuted by the Turkish government.While not precisely the story of the luckless traveller suckered out of a kidney, one could see how this true story could be an inspiration for the urban legend. The first telling of the tale had the traveller wake up in an alley, or in his bed. Later telling put him in an ice filled bath tub, often sewn up in an odd show of compassion, with the 911 note added for good measure.

Before the version that had a weary traveller drugged unawares before relieved of his kidney, the story was that a married man intent on debauchery was duped by a prostitute. The more current version is more frightening because of the randomness, while the former version has a sense of just desserts about it. A similar spawn of the kidney stealing urban legend has the married man and prostitute, and the drugging and waking up with a note, but the contents of the note are different. Accompanied by the note is a syringe, and the note reads “you have been infected with AIDS.”