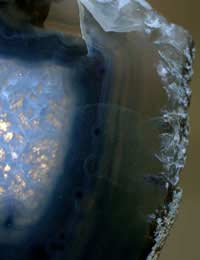 It is the ultimate dream of the bargain hunter to walk into a flea market and rummage in a bargain bin, spot an item of unique value worth a fortune, and buy it on the spot for a pittance. Stories of this sort have circulated fairs, bazaars and garage sales for a very long time- but are they true, or just another urban legend?

In some cases these stories are based very much on truth, but many times the details are glossed over and the final value of the time in question is inflated. Discovering a hidden treasure is something that is not only possible, but happens relatively often. In the United States there are a number of such stories, such as the man who bought a painting because he liked the frame, took it home, removed the canvas, and discovered an original copy of the Declaration of Independence, one of the most famous documents in history. But what do you do with such a document- it’s hard to use a bargain like that to pay your bills. What if, instead, you found the world’s largest star sapphire? It happened, although like most urban legends based on truth, the details are a little less spectacular than the story would lead you to believe.

In 1986 Roy Whetstine found a rock that immediate got his blood pumping. Roy was a Texas gemstone broker, and thus he knew his precious stones. He was hunting the bargain bin at a gemstone and mineral sale when he saw the rock, about the size of a closed fist, sitting in a dusty bin. The seller called it a lavender colored agate, but Roy knew better- it was the biggest star sapphire he had ever seen. It was going for $15, but Roy managed to haggle the prize down to a bargain $10 and took the stone off to be appraised.

After the stone was appraised and certified (and insured) Roy announced that he had discovered a 1,900 carat star sapphire, and opened the bidding. Experts came out of the wood work to take a look at the stone that dwarfed the previous record at 1,200, the Black Star, and immediately called into question Roy’s assertion that his stone was worth over two million dollars. As Roy made the circuit of talk shows and magazines, he let it be known he would let the uncut stone go for a measly $1.5 million. There was only one problem - no one else thought it was worth that much. The appraiser, it turned out, had a reputation for inflating the value of stones…as did Roy himself. The world’s experts handled the stone and called it insignificant. Roy’s dreams of setting up a trust fund for his kids began to blow away like smoke in the wind. It turns out that size isn’t the only important quality when appraising gemstones, but also the clarity of the stone, and the shape. Roy’s star sapphire wasn’t cutting the mustard on other qualities, and so the buyers stayed away in droves.

Roy is still trying to sell his stone for a million dollars plus. Experts say they would have a hard time justifying $10,000 for the stone. Of course, had the story gone “Man buys rock for $10, sells for $10,000” it still would have been a neat urban legend come true.
Next Page