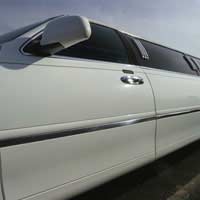 This story has a few variations in terms of who the millionaire is and what the good deed was but they all follow the same formula. A friend of a friend of a relation of the storyteller comes across a stranger in distress and helps out of the goodness of his or her heart. The stranger turns out to be someone famous and wealthy, and the Good Samaritan receives a huge reward.

Here is the story as it is most often told; A friend of the wife of a friend of the person who is telling this story recounts a stormy night driving down a lonely stretch of road in (you name the town.) Seeing a limousine broken down on the side of the road, the Good Samaritan pulls over to see if he can offer any aid. It seems the phone in the limo is not working properly and the car has died, so the hero of the story offers their own cell phone for the limo driver to put in a call to a tow company. The occupants of the limo turn out to be none other than Donald and Ivan Trump. When asked what The Donald can do to reward the hero, he says “send flowers to my wife” (nice touch.) Weeks later the flowers arrive along with a note that says “We’ve paid off your mortgage.”

The Origin of the Millionaire Rewards Good Samaritan Urban Legend

Some say that the story came out of Donald Trump’s own image machine, with spin doctors putting the finishing touches on it to give it an air of authenticity (like the request for flowers for the wife.) The problem with that is, the details of the story change with each telling, so that anyone who hears two different versions will call the whole thing into question.

For example the story sometimes has Donald and Ivan Trump, and some times Donald Trump and Marla Maples. The various locations the story is told in might make one think that the Trumps can’t keep a limo in working order to save their lives, and one has to wonder how competent the limo driver is if he can’t change a tire (which is often the problem with the limo.)So, is the Trump story true or not? The variants and discrepancies suggest that it is just an urban legend after all, but one factor keeps the question mark up on this story. During his TV show “The Apprentice” Trump was asked about this urban legend, and The Donald, with a straight face, said it was true.

Sometimes the millionaire isn’t Trump in the story, and the car isn’t a limo. In one popular version- and possibly the one that was circulated before the Trump story- a non descript car is broken down and the driver remains anonymous. That is until the Good Samaritan, who discovered he lost his wallet changing a tire, gets his wallet back in the mail along with a huge gift package and a note of thanks, signed “Mrs. Nat King Cole.”