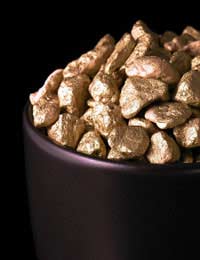 From the Phooka to the Leprechaun the Sidhe have provided the grist for story and song for centuries for the Irish people. They have many names, many forms, and many backgrounds, but in any incarnation provide mystery and mysticism to many an Irish tale.

The words “Sidhe” (roughly pronounced—and sometimes spelled—“Shee”) and “fairy” are almost interchangeable. Mostly it could be said that the Sidhe are fairy, or fey, but not the tiny winged creatures most associated with the term fairy. Instead the Sidhe were thought to be tall, fair, and other-worldly. That is, when they were not frightening, misshapen monsters.There seem to be two categories of Sidhe- the general, lordly, spirit-like beings that are very much like humans, and the rest. Under the rest falls the Leprechaun, the Phooka, the Merrow and the Banshee. The Leprechaun is probably the most well known of all of these, although it’s mystery and behaviors have been watered down quite a bit- these fairy cobblers are now simply tiny green wearing men who guard the pot of gold at the end of a rainbow.

The Origin of the Sidhe Myth

The origin of the Sidhe myths are closely tied to the ancient history of Ireland. The story goes that the Fir-Bolgs, a relatively uncivilized people, and the Formorians were in control of the island until the Tuatha De’ Danann (the people of Danu) landed. The Tuatha De’ Danann brought with them technology and culture far beyond the Fir-Bolgs, which made up for their fewer numbers, and they were able to gain control of Ireland.

Perhaps because of the gap in sophistication between the Tuatha De’ Danann and the other populations, many legends and superstitions began to spring up concerning the newcomers. They could only be hurt by weapons of iron, it was said, and they possessed artifacts of great and wondrous power, such as the Caludrun of Dagda, which could never be emptied of stew. The Tuatha De’ Danann were eventually defeated by another group, the Miesians. Of course, the Tuatha De’ Danann were so infused with myth and power that they could not truly be defeated, and so the legend goes they left Ireland by slipping into another time and space, to rule the Otherworld.

Now all the supplies had been laid in store for the poets and storytellers of Ireland to use in creating the stories of the Sidhe. The Banshee (ban-shee, or woman of the shee) and her wailing song that signified the death of one of the major families in Ireland, the Leprechaun, who some speculate was inspired by the gold-working, diminutive Fir-Bolg in ages passed, and the spectral riders of the Sidhe, a ghostly host that would catch up any mortal foolish enough to be out in the dark of night and carry them on a wild, frightening ride they would not soon forget.

The legends and myths of the Sidhe are countless and creative, and all carry with them a reverence to times long passed. Not all Sidhe stories are scary stories, nor are they all pleasant stories. They all, however, have the unique flavor of Irish myth.