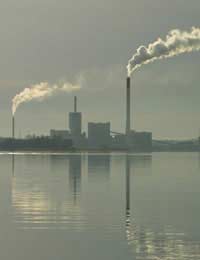 The end of all we know. This is the worst case scenario that is presented when discussing Global Warming - or Global Cooling as it was once thought to be. Either way you slice it the fear of massive, sweeping climate change keeps plenty of folks up at night and tuning in to experts, both real and imagined, to answer the question once and for all…Global Warming; Myth? Or Mayhem?

At its very simplest Global Warming could be defined as the increase of baseline temperatures across the planet as a result of human interaction. Getting a little bit more specific it is thought by many that the byproducts of the machines created by mankind, and our excessive use of those machines, has had an impact on the temperature of the globe, warming things up to the point that serious consequences may occur. What kinds of serious consequences? The major disaster most often put often put out by those worried about Global Climate Change (as it is sometimes called) is the melting of polar ice caps.

Should the ice caps melt the global sea level will rise; countless people would be affected greatly, up to and including dying in floods. Water sources from the glaciers would dry up, resulting in drought. The resultant displacement of large populations would lead to unrest, homelessness, starvation, disease and chaos. Inevitably social and political structures would break down to some degree. Certainly no one wishes this reality to come to pass, yet despite the passionate trumpet call from scientists, politicians, activists, celebrities and others many people not only turn a blind eye to the dangers of Global Warming but outright mock the idea and, to some extent, those storm crows that champion it. Why?

While not as numerous as those who feel otherwise, there are a great many scientists, politicians, activists, celebrities and others who believe that Global Warming is a myth. Many of those see it not only as a myth, but a dangerous tactic perpetrated by some with nefarious profit and political motives. For as many arguments that support the reality of Global Climate Change there are counter arguments that either refute them directly or indicate that they are "junk science" reports that interpret data in a biased manner.

Some of the arguments against the existence of Global Warming include the lack of long-range reporting data. With data on global temperature only going back - at best - a hundred years or so there is not enough information to say for certain that the planet is on an unnatural warming trend. For example if one scientist points out that temperatures and ocean levels are rising, another will ask why the reason for the change has to be human impact, and not simply part of a natural planet/ climate cycle.

Both sides of the argument have their passionate supporters and "proof". It can hardly be argued that mankind should not take care of the planet; that isn't the real issue in the debate. The issue at hand is how to go about handling the care of Earth. The "Beware Global Warming" crowd wants to effect change in consumption and industry while the "Global Warming is a Scare Tactic" crowd is concerned of what may happen if we allow change for the wrong reasons.

Stonehenge
Share Your Story, Join the Discussion or Seek Advice..
There was an article in the Readers Digest back in the seventies about the coming ice age. The reasons for it included pollution, car exhausts etc.. Almost exactly the same things that are now said to be causing warming. This third rock from the sun has known everything from snowball earth - almost completely covered in ice to there being no ice at all. This rock is in a variable orbit around a variable star, guess what - the climate varies.
antiwarm - 22-Oct-17 @ 7:32 PM
I also was convinced by 'experts' regarding the inevitable threat of global cooling in the 70s and some of the same authorities are part of the crowd trying to convince us that Climate Change is caused by man even though it is the same patterns that happen over thousands of year cycles.There was a gradualglobal cooling then one ofglobal warming then repeat and that has happened ever since life began.There has been no change in the sun since we came along the time is too short ....follow the money trail. it is aneconomic reason why some who are not experts in the area are trying toscare us regarding so called "Global Warming"
stateside - 5-Sep-14 @ 10:52 PM
I was taught all about "Global Cooling" at college in the early seventies.My professors were adamant and I still believe them.Educated men can't be wrong, can they?
Minrorkle - 7-Sep-12 @ 11:16 PM
Title:
(never shown)
Firstname:
(never shown)
Surname:
(never shown)
Email:
(never shown)
Nickname:
(shown)
Comment:
Validate: