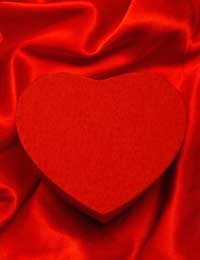 It might be oversimplifying things to call Aphrodite just the "Greek Love Goddess", much as it is oversimplifying things to call any woman "just" anything. Yes, love was the realm over which Aphrodite was supposed to hold sway, but it was also the neighbouring realms of lust, desire; just about every form of love one could imagine, emotional, spiritual, and of course, as the priestesses of Aphrodite would hurry to point out, the physical act of love.

The origins of Aphrodite are different depending on which of the Greek myths one reads, although they all point to her being the goddess of Love (just to keep things simple.) In some origins she is older than Zeus, while in others Zeus is her father. In yet other tales there are two Aphrodites, one the mother of the other, and one representing the spiritual and ethereal concepts of love while the other held up the tenants of the base physical act.

The Romans borrowed the Aphrodite model, as they did most of Greek Mythology, but they called her Venus. Like Venus the scalloped shell was affiliated with the goddess of love (like in the famous painting "The Birth of Venus") along with quite a few other mundane things. The sea (specifically sea-foam), dolphins, select gentle birds like doves and swans, certain fruits like pomegranates and apples, and various plants like myrtle, rose and lime trees. She was also associated with the pearl.

The term "Aphrodisiac" today refers to something - often a food or drink - that causes physical arousal in a subject, and there is a historical bases for the expression. In ancient Greek cults of Aphrodite festivals were held called "Aphrodisiacs"; as these were festivals of the goddess of Love, they would inevitably end with ritual sex with the priestesses of Aphrodite.

In fact, having sex with priestesses of Aphrodite was considered a form of worship of the goddess, and resulted in what is sometimes called "ritual prostitution," a practice that was fairly common where the temples of Aphrodite could be found.

Even if a body is not very familiar with Greek Mythology, just about everyone is familiar with Helen of Troy. The "face that launched a thousand ships" used to be known as Helen of Sparta, until she "fell in love" with Paris of Troy, who spirited her away. The Spartans were not known for taking such an insult lightly - Helen being married at the time to Menelaus, the then- king of Sparta.

The legend says that the goddess Discord had a little fun at the expense of the "pretty girls" of Olympus, tossing a golden apple engraved with the words "to the fairest" among them. Of course Aphrodite, Athena and Hear all claimed ownership of the apple, and they appealed to Zeus. Showing great wisdom, Zeus refused to pick which goddess was most fair, and instead picked Paris of Troy as the judge. Paris was bribed by all three goddesses; with land and wisdom being offered by Hear and Athena; but Aphrodite offered him the love of the fairest woman on Earth. Paris chose Aphrodite, Aphrodite made Helen fall for Paris, and the Trojan War was the result.

Hercules, the Hero of the Greek Pantheon
Share Your Story, Join the Discussion or Seek Advice..
They really need to talk more about WHY APHRODITE WAS WORSHIPED. I searched everywhere and all people write about on the internet is the basic facts of different Greek gods. They don't talk about the roots of why Greeks created the mythical god Aphrodite and all of the other gods because that would be very useful.
Kupcake - 11-May-12 @ 4:01 AM
Title:
(never shown)
Firstname:
(never shown)
Surname:
(never shown)
Email:
(never shown)
Nickname:
(shown)
Comment:
Validate: